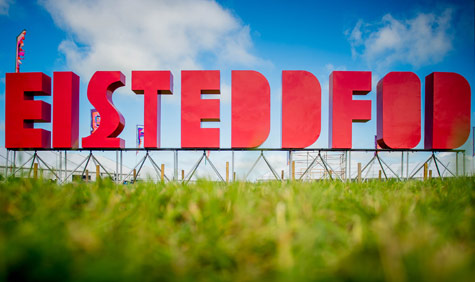 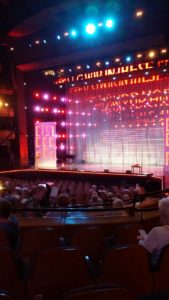 It may seem a little incongruous to have a review about the Welsh National Eisteddfod  in English, but, I’m afraid that my best endeavours, (strike that – my lack of endeavour) fifty years ago, meant that I just managed to avoid being unclassified for my O’Level Welsh language examination.

In fact, I think the last time that I attended an Eisteddfod, I was actually taking part in it! I came third, (out of three) in the piano competition. I recall the adjudicator, a Mrs Ogwen Thomas  if my nightmarish memory serves me correctly,, summed up my playing by saying that it took her a while to recognise the piece I was playing.  So, there ended my budding concert recital career!

Being Welsh, you are always aware, when being out of your native country, of being The Other. Having lived two-thirds of my life to date outside of Wales, I have exploited that, both to my advantage and disadvantage.  So, I looked forward to attending the Welsh National Eisteddfod, which, this year is being held at and around the WMC in Cardiff, with great anticipation.

I was also a little apprehensive due to my concern about missing out on most of the activities, due to my lack of understanding Welsh.

My fears were allayed due to the presence of a desk in the foyer, that has free instant translators into English. However, this only works in The Pavilion, (Donald Gordon Theatre), but as all the major action occurs here, this is not a huge problem. And the instant translation works well.

In the three hours I sat here, I watched a huge diversity of competitions – vocal, recitation, instrument duo, instrument solo and dance. Of course, music transcends the difficulties of language, so I found this to be the most enjoyable events.

The talent on display was, at times, breathtaking. In the instrumental duo, I watched two cute little ten year old girl harpists in competition against two Royal College of Music student duos – twice their age! Naturally, they came third, but to be pitted against two highly accomplished duos from the RCM, and not be embarrassed, is an outstanding achievement – especially as one of the girls lives in Lampeter and the other in Cardiff, making practicing together a little awkward.

In the Blue Ribband event for under 16’s events, I saw four wonderful young musicians. Naturally I was drawn to the pianist, a twelve year old girl from Pontyclun, who played Scarlatti and then Bartok. Two vastly different pieces, and her maturity not only in technique, but also expression was awe-inspiring. A brilliant alto saxophonist, and a cellist who again played contrasting pieces, together with a talented trombonist completed the finalists. At the time of writing, I do not know who won this competition, but it was certainly going to be a tough decision by the team of adjudicators.

Monologues are translated into Welsh as well, so you can understand fully what is being said.

Added to all this, there are a number of other venues to visit, both inside and outside the venue.

There are a vast number of stalls present again, providing a real festive environment.

I took a look at the Welsh Books Council stall, and despite my intention not to add to my already burgeoning book collection, I came away with “The Hill of Dreams” by Welsh author Arthur Machen. The opening line goes, “There was a glow in the sky as if great furnace doors were opened”. Well, I can equate the glow to the Eisteddfod and the doors blown wide open, are those to my Welsh soul. 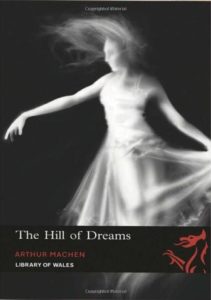 I invite you to rekindle your sense of Welsh identity, because, one thing that is clearly apparent is that the future of our culture is in assured hands.

Tickets, (remarkably good value for money), can be obtained at

NB. There is an abundance of events you can attend free.