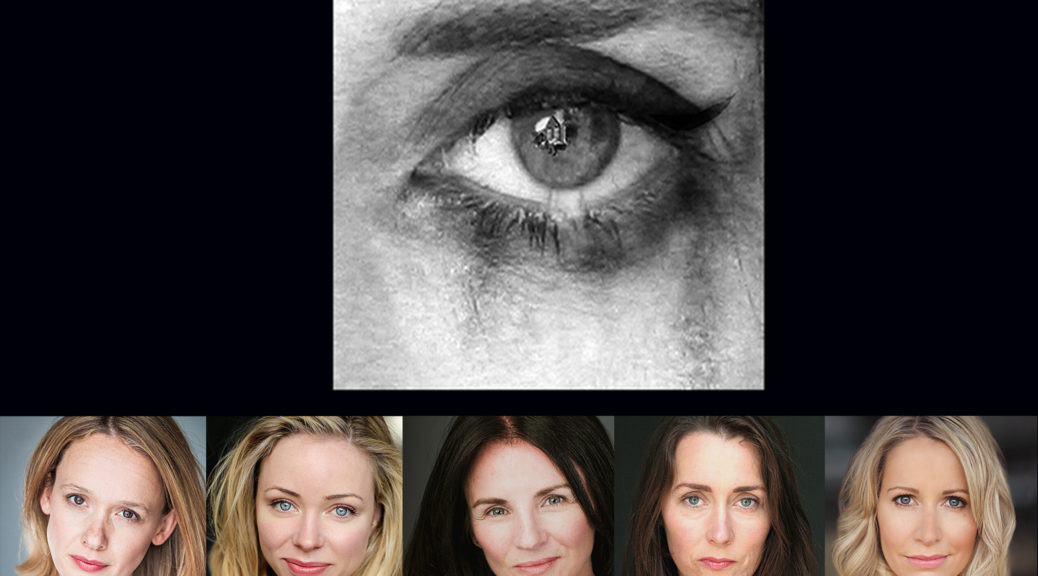 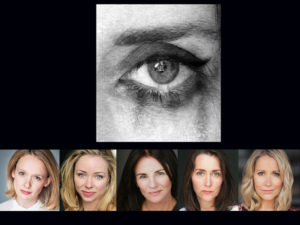 The Director of Get the Chance Guy O’Donnell recently met with The Revlon Girl company. We discussed the plays development, Edinburgh Festival Fringe and their plans for the future. 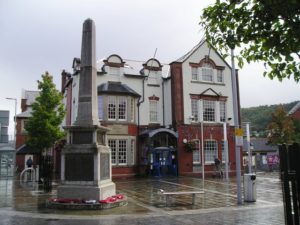 We are a small Arts venue based in the centre of Pontardawe, 20mins from Swansea. Our aim is to improve the cultural opportunities in the local area by providing a platform for the more striking shows within the arts. Annually we deliver approximately 60 professional shows encompassing drama, comedy, live music and children’s theatre. We also provide development opportunities to improve creative writing, script writing and song writing. We are involved in supporting emerging companies in assisting them with research and development opportunities in supporting the creation of high quality theatre. We also provide the practical things such as rehearsal rooms, technical and marketing support. 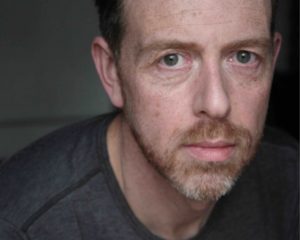 Neil is a writer, composer and producer, and has worked in press, radio, film and theatre. He studied music at the University of Westminster and has written for The Guardian (newspaper), Station Road (BBC Radio Drama), The Throne Room (original play for radio), Bay College, Casualty (BBC), Nuts & Bolts, Crossroads, Emmerdale (ITV1) and has been shortlisted for the BBC Dennis Potter Screenwriting Award. He has written, scored and co- produced the original independent British feature film musical, Rain and most recently wrote and produced Storyline, an original comedy for online broadcast. He is married to Maxine Evans (they met in 1984 when they were both members of the West Glamorgan Youth Theatre and, in one way or another, have worked together pretty much ever since). ’The Revlon Girl’ is his first play. 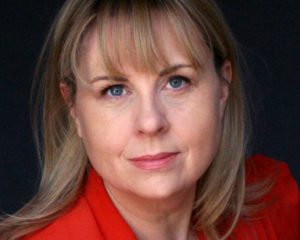 Maxine studied classical acting at the Guildhall School of Music and Drama and has worked as an actor, writer, series editor and director in television, film and theatre. She directed Without a Song or a Dance (shortlisted Best Director at the Cork Film Festival) Nuts & Bolts (ITV/RTS Award winner) and Rain (a Feature Film Musical) while her writing/series editor credits include Coronation Street, Crossroads and Nuts & Bolts (ITV). She continues to develop new writing for theatre (Goat Street Runners and Who’s Coat Is That Jacket?) and has recently directed a new comedy entitled Storyline. As an actor Maxine appears regularly on television- most notably in BBC’s Call The Midwife and A Song For Jenny and as the indomitable ‘Rhian’ in Sky 1’s hit comedy Stella.

Can you tell us about the work your company is taking to this Edinburgh Festival Fringe?

‘The Revlon Girl’ is an original play based on a true story following the Aberfan Disaster of 1966 (in which 144 people were killed- 116 of them school children). Set 8 months after the disaster, the play tells the true story of a group of bereaved mothers who met to talk, cry and to even laugh without feeling guilty. At one of these meetings, the women looked at each other and admitted how much they felt they’d let themselves go. Afraid of being judged frivolous, they secretly arranged for a representative from Revlon to come and give them beauty tips.

A short version of the play was presented in Covent Garden in 2015 before a full length version toured Wales in 2016 during the 50th anniversary of the disaster to overwhelming audience and critical acclaim.

Following what we think will be a successful debut at Edinburgh, the play transfers to the London stage in the Autumn for a 4 week run at the prestigious Park Theatre.

Wales Arts International who have funded some of the companies this year state,

As with the many people who have already said that ‘The Revlon Girl’ has worldwide appeal because it is a universal tale with enduring themes that is as much about courage as it is tragedy (and is a story told by women i.e. just over half the global population) I would only add that ‘The Revlon Girl’ exists in part- given that it’s a human story about one of the worst man-made disasters in history- to remind ourselves how indifference is the source of inhumanity and to ensure that this kind of thing never happens again (in fact, on its first outing in 2015, we were surprised just how many overseas audiences came to see it and were bowled over by the story and couldn’t believe that it happened at all)

However, most recently, the play has taken on a chilling- almost prescient – quality; something that has struck not just the writer but also the director and cast in the wake of the Grenfell Tower disaster in West London. Since the play in part explores and illuminates the reasons why disasters like these happen (and why, sadly, they are going to continue to happen) some sections of the play now make stark reading. Indeed, amidst the news reports of the tragedy itself and the subsequent public anger, the writer remarked recently: ’after Grenfell, people are going to think I’ve rewritten the speeches… like Rona’s: “Put up a memorial if you like; in forty or fifty years nobody’s going to remember what happened here anyway. It’ll be something else by then. Another disaster waiting to happen. But it’ll be the same people who’ll say there’s nothing to worry about. Those who’ll be far away and stand to make a lot of money…” ‘

The point is: anyone who has seen ‘The Revlon Girl’ will tell you about its worldwide potential. But that’s a tough mountain to climb. But now, with the help of ACW, British Council et al, it’s time to get out the climbing gear and realise that potential.

The festival features a huge range of productions and there is great deal of competition for audiences, why should audiences come and see your company’s work?

If you’re intending on seeing only one play at the festival, then ‘The Revlon Girl’ is it. Not just is it one of the most moving pieces of theatre you are ever likely to see, it is also one of the most up-lifting. In a sense it has all the hallmarks of a classic (i.e. it is a good story told well by an amazing cast- no gimmicks, no tricks) and fans of Arthur Miller, J.B. Priestly, John Osborne, Clifford Odets, Tracy Letts, Edward Albee, Aaron Sorkin and even David Mamet (or, to put it another way, anyone who likes their drama to be acute, moving, funny and enduring)- should come see it.

Welsh artists/Companies will be showcasing a range of art forms including theatre, new writing, site-specific work and contemporary dance. In your opinion is there anything that is distinctly Welsh which links them?

Difficult to comment at this stage since we haven’t seen each other’s work but I guess there’s one thing I can say for certain: having read about what’s going up and chatting with some of their creators, the one – distinctly Welsh- thing that links them is the sheer diversity of ideas. (I don’t know if there could be anywhere else – outside London of course- that could produce such a breadth of creativity and activity)

I’d recommend seeing them all! And soon!

Generally speaking, the cast are working all year round doing other jobs like providing voices for CBBC (Michelle McTernan) or appearing in the P&O ads being Rob Brydon’s wife (Zoe Harrison) or shooting new shows for HBO (Antonia Kinlay) or else appearing on stage and screen in a variety of roles (Charlotte Gray, Bethan Thomas). The director (Maxine Evans) is also known as an actor (Call The Midwife, Song For Jenny) and has just come back from shooting series 6 of the Sky 1 hit ’Stella’ by Ruth Jones, playing the indomitable ‘Rhian’.

Other than that, it’s all the things you do in the arts: getting inspired, developing new work and looking for money down the back of the sofa!

This is our first time at the Festival so looking forward to answering this question in full next year!

Thanks for your time