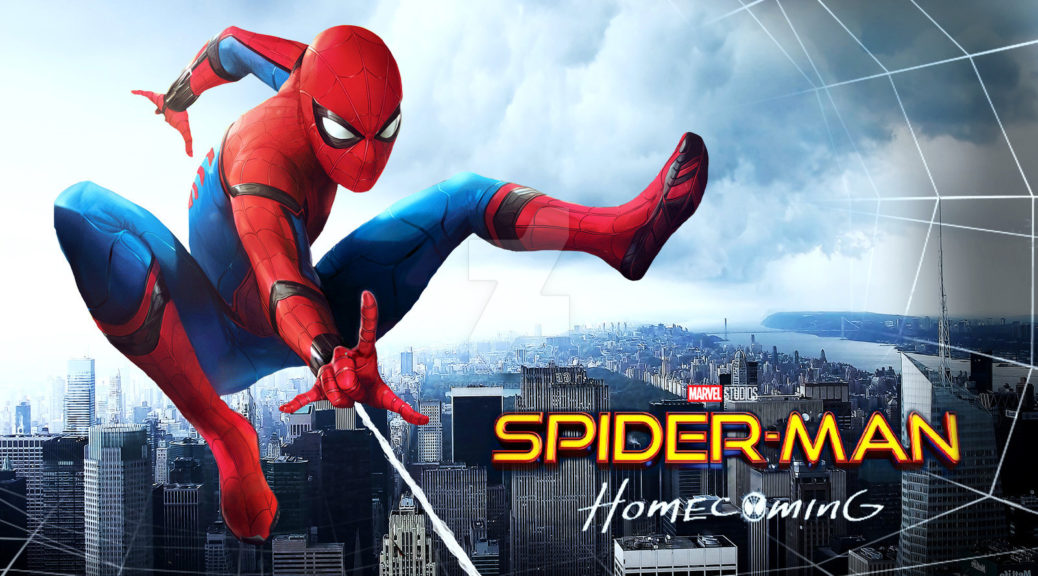 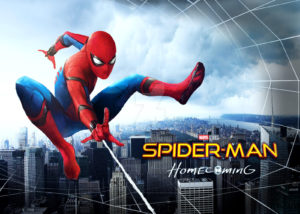 For the past decade (roughly) Spider-Man has been the legal property of Sony, within the movies. MARVEL nearly went bankrupt back then so sold the character to make some money. Since then MARVEL movies have become the biggest and consistently high-quality movie series in history. However they’ve had an arm tied behind they’re backs with not having the rights to all their characters. Now an agreement has been reached that Sony will allow Spider-Man to be used in their cinematic universe.

This movie opens after the devastation caused at the end of Avengers and a clean-up crew is clearing debris and packing up alien technology. They are then halted in doing so by higher officials saying that they are taking over. This means that a bunch of them are loosing their jobs. They have already taken some of the technology so instead of turning it over they keep it for themselves for their own ventures.

Cut then to a few years later when Spider-Man first appeared in Civil War, he’s vlogging the whole thing. So now after all the events Peter Parker a.k.a. Spider-Man must now wait until he’s needed for another mission with the Avengers. He waits, stops burglaries and other little crimes and waits for the call.

Tom Holland plays Peter and Spider-Man as someone who is in awe with most of the amazing things he gets to see and experience. When he sees another Superhero he falls to pieces and talks all about them. He’s simply an energetic, well meaning kid.

Being that getting this movie made already came with it’s share of legal baggage, two different companies have to have their say on the character, as well as a total of six people on the screenplay, the odds seemed good that this movie would have been a mess.

Soon we see that the men that took the alien technology has created their own heist operation, where they steal and sell weapons to local thugs. Their leader is a man Adrian Toomes, who is playing The Vulture, even though he is never referred to that by name. Michael Keaton brings him to life with a kind of subtle malice. He’s not a complete, raging psychopath, you can see though and control, but also that there is clearly danger lurking below the surface level. He has equipped himself with robotic wings that come with a few gadgets and blades so he provides more than a threat.

The other supporting cast comes in the form of Aunt May (Marisa Tomei) that proved a fresh no-nonsense support for Peter. Being that he recruited him in Civil War Tony Stark (Robert Downey Jr.) returns for this movie and plays the mentor/father figure, giving pieces of advice and plenty of criticism. His best friend Ned (Jacob Batalon) that provides extra elements of comedy and allows Peter to spell things out for him because he knows so little about the Superhero world. Then there’s Michelle (Zendaya) a wonderfully confusing contradiction that says she doesn’t care about any of the social events or trends but is still apart of all of them.

Donald Glover makes an appearance as Aaron Davies, a low level crook that actually cooperates with Spidey. Glover made some political waves when he put himself forward for Spider-Man a few years ago and asked the question why couldnt an African American man play the Wall-Crawler. He did voice the Miles Morales Spider-Man (alternative version) in an episode of Ultimate Spider-Man and here he still gets to be a part of the world he clearly loves.

In 2002 Sam Rami made his version and then 2012 it got rebooted with Andrew Garfield in The Amazing Spider-Man, which ended with it’s sequel in 2014. A criticism for this movie and even putting the character into Civil War was that the public is tired of starting this character over AGAIN. The concern is fair, how many times can we see the same story repeated exactly? Well a lot if human history is anything to go by. But what they do is make the decision to forego the origin and tell Peter’s story after-the-fact.

Spider-Man has always been about all the little things getting in the way. This movies plot is bogged with all kinds of commitments ans scheduling conflicts that wouldn’t be a big deal to Captain America or Thor but Peter is tethered to such menial links in his life. It has always been the most humbling and connectable element to the character.

This movie is refreshing from some of the other MARVEL movies because of it’s lower scale. Like with Ant-Man this follows what came before and acknowledges that this is a world where giant aliens can descend from the sky and cause mass destruction, but tells its story from a lower scale perspective. It’s a good way to refocus these movies and not make every movie about a city or continent being smashed to pieces.

This movie is fun. It has bright, vivid colors, a plot that is simple to understand, characters that poke fun at each-other and some story details and along for the ride are a few energetic, creative action sequences.