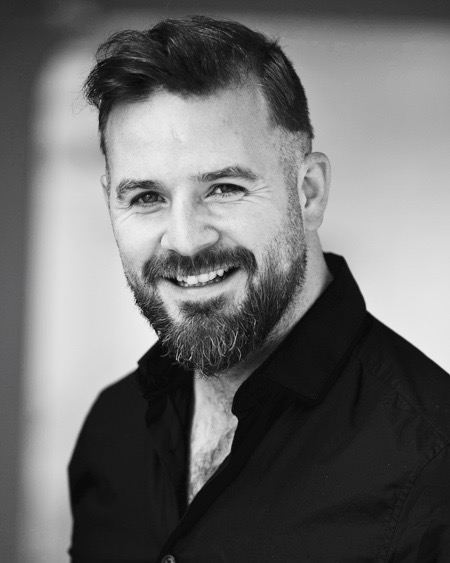 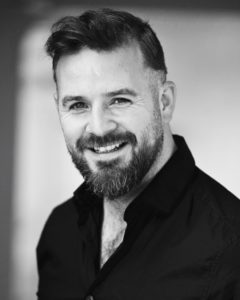 Director of Get the Chance Guy O’Donnell recently spoke to Newport born, writer, musician and West End star Christopher J Orton. Chris talked about training opportunities, his career to date, barriers in the arts and his new musical ‘My Land’s Shore.’

Hi Chris great to meet you, can you give our readers some background information on yourself please?

Hi Guy, great to meet you too. I was born and raised here in Wales. After finishing school I moved away for a while to study and work but now I’m back. When I left school I studied opera in Manchester and then musical theatre in London. After that I was working as a professional actor. I’m a musician too and a lot of the productions I have been involved in I have played violin, piano and guitar as well as acted and sung. I also do a lot of writing. I write plays, musicals, songs, novels. I have also set up a vocal group called The FlyBoys that I sing in and manage. We perform all over the world. I have semi-retired from acting now to concentrate on the various projects I have been putting off for years! I also, weirdly, invent and make board games. 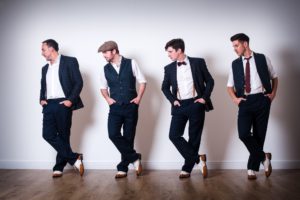 You are from Newport and have worked on an amazing range of productions. Do you have any advice for any of our readers interested in following your career path?

My advice would be to get a thick skin. As thick as possible. And don’t become bitter. Anyone wanting to enter the competitive world of theatre will face more rejection than success. And it’s easy to become disheartened and embittered. You have to stay strong. And always have other things going on. Don’t sacrifice a social life for success and whenever you can, try to create your own work. Keep yourself motivated, learn an instrument or a new language, anything to help you achieve your goals.

When you are involved in a big West End musical what does your normal day usually entail?

It’s not particularly glamorous! After the excitement of rehearsals and opening night it starts to feel more like a job. Depending on where you live in London it can take a while to get into the centre of town so you are preparing to set off around 3pm. It’s easy to fall into the habit of getting up late because of the late finishes but if you can get out of that habit and get up early then the day is there to do whatever you wish with! I used to write music or paint or make my games. I have a reputation for not being able to relax and sit still so I’d be up to all-sorts! Once you are at the theatre you have a warm up with the rest of the cast and then the show. And then you’re running for the train so you can get home as quickly as possible! 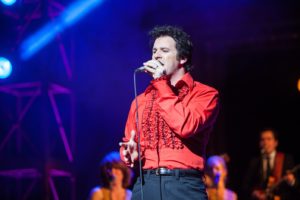 You have played the role of Tom Jones in Tom the musical I wonder if you can tell us some more about this production?

The production of TOM holds a very special place in my heart and my career. It was developed and produced by Theatr Na Nog, directed by the lovely Geinor Styles. It was an amazing piece of theatre. More a play with music than a musical though. The show concentrates on the early years of Tom Jones, before he was famous. It’s about the young Tom striving for success and how it affects his relationship with his wife, Linda. The music in the show was all played live by a very talented bunch of lads who were also amazing actors. It focused on his time with his band, The Senators. He used to cover numbers by Ray Charles, Jerry Lee Lewis, Elvis etc so it was incredibly exciting to perform live every night. It was like a rock concert! It was the hardest and best thing I have done in my performing career. It’s also the reason I don’t really act anymore…there aren’t any roles out there at the moment that excite me as much as that role did. 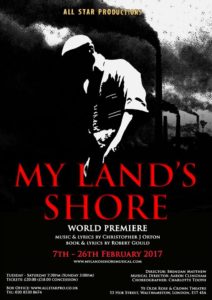 You are currently involved in a very exciting new musical called ‘My Land’s Shore’ can you please tell us more about his production?

My Land’s Shore is a musical I have written with Robert Gould. He has written the book and lyrics and I have written the music and lyrics. It’s fair to describe it as my life’s work. I started writing it 16 years ago. It tells the true story of Dic Penderyn and his involvement in the Merthyr riots of 1831. He became the first martyr for the Welsh working class and is a symbol of hope and rebellion against the establishment. It has been described as the Welsh Les Mis. At the moment it is in rehearsals for it’s world premiere in London. It is being produced by an off West End theatre company called All Star Productions. A lot of people have asked me why it isn’t being premiered in Wales. The sad answer is we tried for years to get funding and support in Wales but there just isn’t the support for a Welsh piece of theatre, about Wales, and written by two Welshmen!! Baffling! If anyone would like to come and see it in London it runs from Feb 7th – 26th at Ye Olde Rose & Crown Theatre Pub in Walthamstow. More information is available at www.mylandsshoremusical.com.

You have a great deal of experience in musical theatre. Do you think this performance form still resonates for audiences and why?

I think musical theatre will always resonate with people. Music is a fantastic way into people’s hearts and sometimes words just aren’t enough. More and more people are being drawn towards it every year. And every year it becomes more and more accessible as genres evolve.

Get the Chance works to support a diverse range of members of the public to access cultural provision Are you aware of any barriers to equality and diversity for either Welsh or Wales based artists?

I can only speak for myself and my own experience within this industry but I found a huge barrier was placed in front of us by the Wales Millennium Centre in Cardiff. It is supposed to be a centre for the arts that caters for all audiences and nurtures new and emerging Welsh talent. Sadly, I have found it to be completely inaccessible and incredibly blinkered.

I would fund new talent, whether it be writers, composers, performers, choreographers, whoever and whatever. I would listen to ideas and explore them. It’s a sad state of affairs when the people holding the purse aren’t necessarily creatively minded. Just think of everything we are missing because the same people are getting the same chances over and over again. It’s a very closed shop at the moment. I would fund the opening up of that closed shop!

Thanks for your time Chris and good luck with My Land’s Shore.