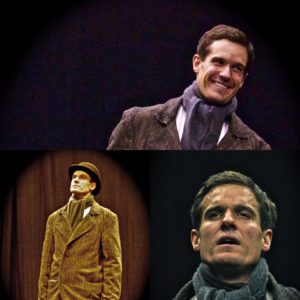 An exciting and turbulent story of a boy who is born in Wales but comes from Irish decent. He is part of a large working class family who all live under one roof.
Set in the heart of Newport’s South Wales’ busting docks, the actor Daniel Llewelyn-Williams; impressively also the writer of the play gets your full attention from the out by representing a real, personal and historical account of how things were back then. An imaginative and determined boy who displays extreme courage whilst being subject to one of the many catastrophic occurrences which unfortunately happened during the British industrial revolution.
Harry Houdini; very famous of the times was a direct influence and inspiration to the boy promoting a hopeful and escaping duality for him. When some aspects of the boy’s life have been shattered another aspect or dream is materialised. Quirky and fun-loving, the boy’s relationship with Gammy as well as his dad, sisters and friend is something that brings a warming feel to the boy’s character and overall feel of the play.
Daniel played the one man show so intriguingly, it was like he was telling the story as his own and I wondered if this was in fact a real story from his family’s history. Who knows? Honestly, it was that good it certainly felt real and I would strongly advise anyone to go and see the play regardless of a specific style of play you might like, as I believe this play ticks all the boxes. There was absolutely no time whatsoever in that hour that I thought of anything other than the play, the characters or their feelings and perspectives. The actor was completely captivating and with reference to lots of welsh-ness, I found it relatable and moving but not only because I am Welsh as I believe anyone will feel this way. Even though the play does have heartache, the joy it brings overpowers that completely making it a pleasure to watch. The fact that you are drawn to other characters in the story with only one actor representing all characters is infatuating for the audience. It was directed, written, composed and performed to a such a high and entertaining standard that I would absolutely go and view it for a second time.
In my eyes when you can hold an audience with just one man and a box to that standard you are winning in life. Well done Daniel Llewelyn-Williams you smashed it!
A Regular little Houdini
Produced by Flying Bridge Theatre Ltd
Written and performed by Daniel Llewelyn-Williams
Directed by Joshua Richards
Music by Meg C

2 thoughts on “Review : A Regular little Houdini by Beth Clark”