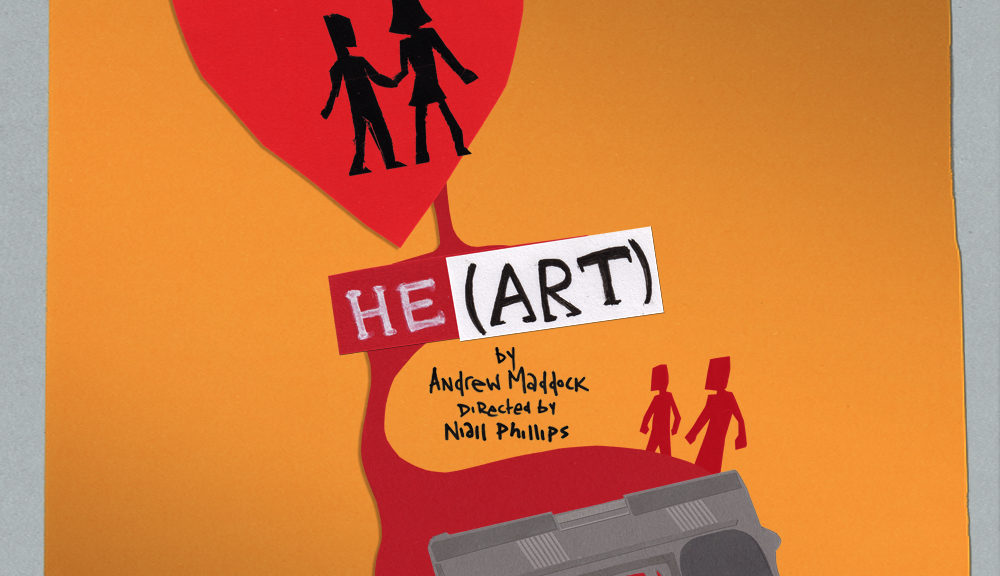 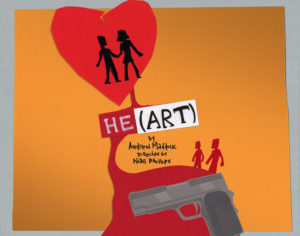 Get the Chance is keen to increase the diversity of critics, audiences and creatives in the sector. We recently spoke to director Niall Phillips regarding his work.

“I was recently asked whether the acting/theatre world is an inclusive space for people with Emotional Behaviour Difficulties (EBD) and if not, what can we as practitioners, audiences and creators do to change that.

⁃ Have more relaxed performances
⁃ Make people more aware of different needs.
⁃ Don’t make theatre for the rich and the lucky.
⁃ Create workshops and events for people with EBD.

My piece below discusses EBD, relaxed performances and how I believe that creating opportunities in theatre for young adults and kids with EBD will lead to a richer theatre world and perhaps a better, happier and more confident society.

But who the hell am I?
I am Niall Phillips, a trained actor who graduated from Birmingham School of Acting. Who worked in theatre, TV and film. Then found directing so much more rewarding and allowed myself to make my own work.

My Mum took me to the National Theatre when I was about 10. It changed my life. I remember walking into to the Oliver Theatre and the buzz and the atmosphere was like nothing I had ever seen, heard or felt. It was incredible. It was full of energy and excitement from every single person as they were about to witness something live, something unique and possibly never to be seen again. I remember thinking, that is the best job in the world. I want to do that forever.

I work at drama schools all over London including Identity School of Acting and Italia Conti. I spend most of my days working in rehearsal rooms with some very talented actors on some of the best plays ever written. It gives me an enormous buzz, to nurture and build talent and hopefully give actors skills to grow and build as professional performers.

When I’m not doing that I work with young people with Emotional Behavioural Difficulties (EBD) in East London. EBD is something I have worked with for over 10 years and it fills me with the same passion I get when working with actors. It started when a friend asked me to do drama workshops with some challenging kids. I was confronted with anger, violence and constant insults. It was unbelievably intense and a tad scary to say the least. I went back and spent the next two years working with some of the most dangerous kids in London and I loved every second. I learnt so much about them, the different struggles people go through and also loads about myself. I still work at different units and EBD schools and feel it is something I really want to explore further. I am determined to support and help people that don’t have the best start in life. I’m not saying a night at the theatre can change the way people are brought up, not at all, but I do think / hope it may make people see what their dreams are or even give them a break from their everyday struggle.

Official term…..’EBD’ stands for Emotional Behavioural Difficulties (often referred to as ‘Emotional and Behavioural Difficulties) and refers to a condition in which behaviour or emotional responses of an individual are so different from generally accepted norms, that they adversely affect that child’s performance. My term…..It is where kids have had a bad start in life and that creates difficulties. Kids need love and attention. Sometimes they don’t get it. So a release is nice to find or have offered out. A lot of the kids I work with find getting in a rehearsal room is a massive opportunity to tell stories, find new things and let out a good scream or two. This can only happen if we create a safe environment for them to play and explore in. That is how I learnt to let go. It feels amazing.

I will never forget one particular experience with one of the toughest kids in an East London estate. He was one of the top boys in the unit, getting expelled from place after place, and came up to me on my lunch and said, ” I wanna act like you” – little he knew I was awful – but that’s not the point. The bravery and honesty he had on his face shocked me. Luckily, I was putting on a new writing night in a brand new arts venue in South London and I didn’t even think I just said yes. I wrote a monologue about love and a boy called Bob and gave him the speech. The next day he had learnt it word for word. A week later he performed it to over 150 people, alongside some very talented and professional actors. He smashed it. He, right there, was a professional and determined actor standing centre stage telling stories. It was immensely powerful. At the end of the performance he gave me the biggest hug known to man and simply said “Thank you for giving me a shot” He now is applying for professional acting courses and he is a very talented young actor.

In my rehearsal room, at a professional level, at drama school level or even a workshop with special needs kids, my one rule is YOU CAN’T FAIL. You can try anything you want, any idea, any character and any creation you come up with – then lets go with it, if it works, that’s ace, if it feels strange or odd, try something else, just explore, just risk it, because, within that exploration something strong and wonderful will grow. Being restricted in the rehearsal room is a waste, just loose yourself in the work and allow the creativity to flow.

As a kid, like all kids I was worried, anxious and confused. Didn’t get maths or science, they just never sat well with me. I started doing drama lessons and everything changed. I totally came out my shell, I was a happier, more comfortable kid. My imagination was insane, just creating anything out of nothing. My parents allowed me that freedom to be whatever I wanted to be, I think they saw that the only time I was truly happy was when I was acting or creating a piece of – looking back – awful theatre. Now It feels like this is all I can ever, or all I ever want to do. I don’t want a big house, or a fast car, I want to be happy. That’s what really makes my heart beat faster. If I can spark that energy, that passion in a kid who doesn’t care or doesn’t want anything then that’s pretty cool.

Every single time I watch live theatre, I get inspired. From the National, Royal Court or some fringe theatre in South London, the idea that loads of creatives get together and go, let’s fill that empty, boring space with whatever we want. Now, that is the best thing in the world.

Looking back at my acting training, I don’t think it was inclusive of different cultural backgrounds or more specifically, of people with EBD. I understand why. I just wish we could allow all creative people the freedom that I had. I worked at the Halfmoon Theatre in East London for 6 years with some special needs kids, and honestly every single week, year after year I would be on the verge of tears. The support, the network and the pure energy that would happen in those 4 walls was tangible. Watching these kids with such poor backgrounds and severe learning difficulties create some of the most exciting theatre I have ever seen was unreal. It was only possible with staff and support by such heart-warming people. I just wish there were more places that offered that space and freedom.

Theatre is a very powerful experience. It can bring you to tears or make you laugh hysterically, so why is it for the select few? Surely everyone should be allowed to witness something that special and not feel guilty or not welcome. This is why I have implemented EBD/relaxed performances every Tuesday during the run of HE(ART) because they are specifically designed to welcome people who will benefit from a more relaxed environment.” 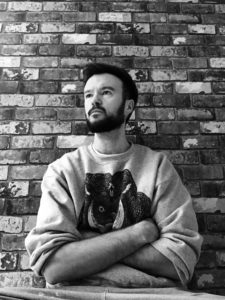 Each Tuesday will be a relaxed performance. EBD schools will be offered concessions.