This year has been packed full of the best movie releases to date with the latest James Bond movie Spectre, Jurassic World and the new Star Wars film Episode VII: The Force Awakens. There is no surprise that the Cardiff Philharmonic Orchestra have chosen to do ‘A Night at the Movies’ for their Christmas show. With a crammed program of famous and well-loved movie themes the film buffs and music lovers were well and truly out in force at Saint David’s Hall in the centre of Cardiff. 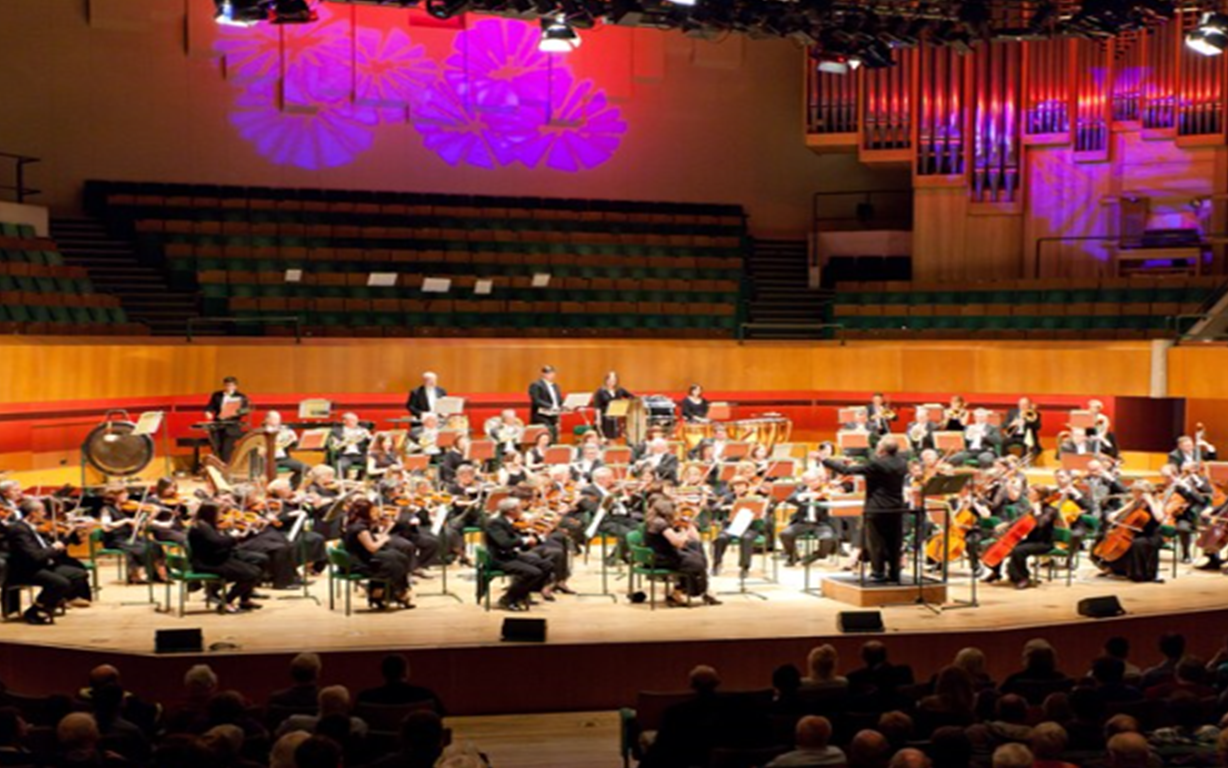 In a concert celebrating the vast amount of film music that has been composed we also had another edition to the concert in which the Cardiff Philharmonic Orchestra had teamed up with George Thomas Hospice Care and part of the money taken from tickets and sales at the show were going to be donated. It is collaborations like this that raise vital money for the amazing work that is done in delivering the best possible palliative care for people who are seriously ill. It was because of this underlying motive for holding the concert that the pieces seemed to have far more meaning to them than they already have.

The first act of the programme consisted of a wide range of movie music with an overture medley to begin the show with numbers such as the ‘Phantom of the Opera’ and ‘There’s no Business like Show Business’ included. Next up was music from the hit animated Disney movie ‘Frozen’ accompanied by audience members singing along with many of the well-known songs from the film, the orchestra were able to bring the movie to life much to the excitement of the younger people of the audience. Music from the twenty-third instalment of the James Bond franchise ‘Skyfall’ followed. Adele’s music was beautifully orchestrated and left the audience wanting more music from the Bond movies. A popular favourite among families was the Lion King medley that followed Skyfall. With songs like Circle of Life and I Just Can’t Wait to be King, the audience were given a musical treat with catchy rhythms and African instruments included in the songs. The first act was concluded with a ‘My Fair Lady’ medley. The musical includes many well- known songs such ‘As I Could Have Danced All Night and ‘I’m Getting Married in the Morning.’ 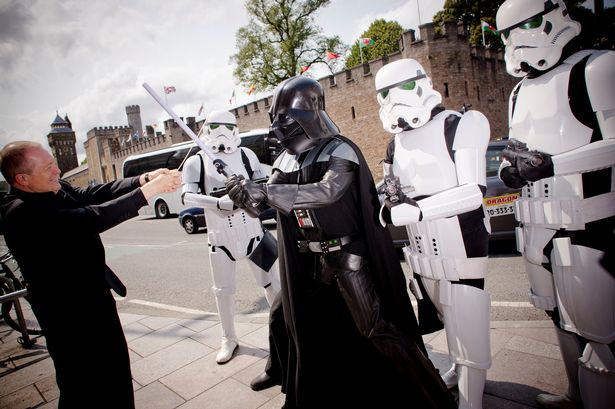 Following the Interval sci-fi fans were treated to a whole second act dedicated to the Star Wars saga. With music from Episode IV: A New Hope, Episode V: The Empire Strikes Back and Episode VI: Return of the Jedi there was plenty of Star Wars music to be heard. A personal favourite of mine was the opening song for the second act, taken from Episode IV: A New Hope,  the 20th Century Fox theme filled the room with movie magic before the moment we had all been waiting for the main theme from Star Wars began.

The iconic first note played out around the room and left many people with jaws on the floor in awe of the fantastic music. As the music played out you could almost see Darth Vader walking into the room and the Millennium Falcon flying through an asteroid field. The concert was finished with an encore piece called Throne room and end title of Episode IV: A New Hope. The soundtrack hit the audience like a brick wall, once the end titles music began there was nothing but pure joy on the audience faces. With the new release of Star Wars Episode VII: The Force Awakens being released on the 17th of December this music seemed to resonate far more with the audience and felt far more special than it usually would.