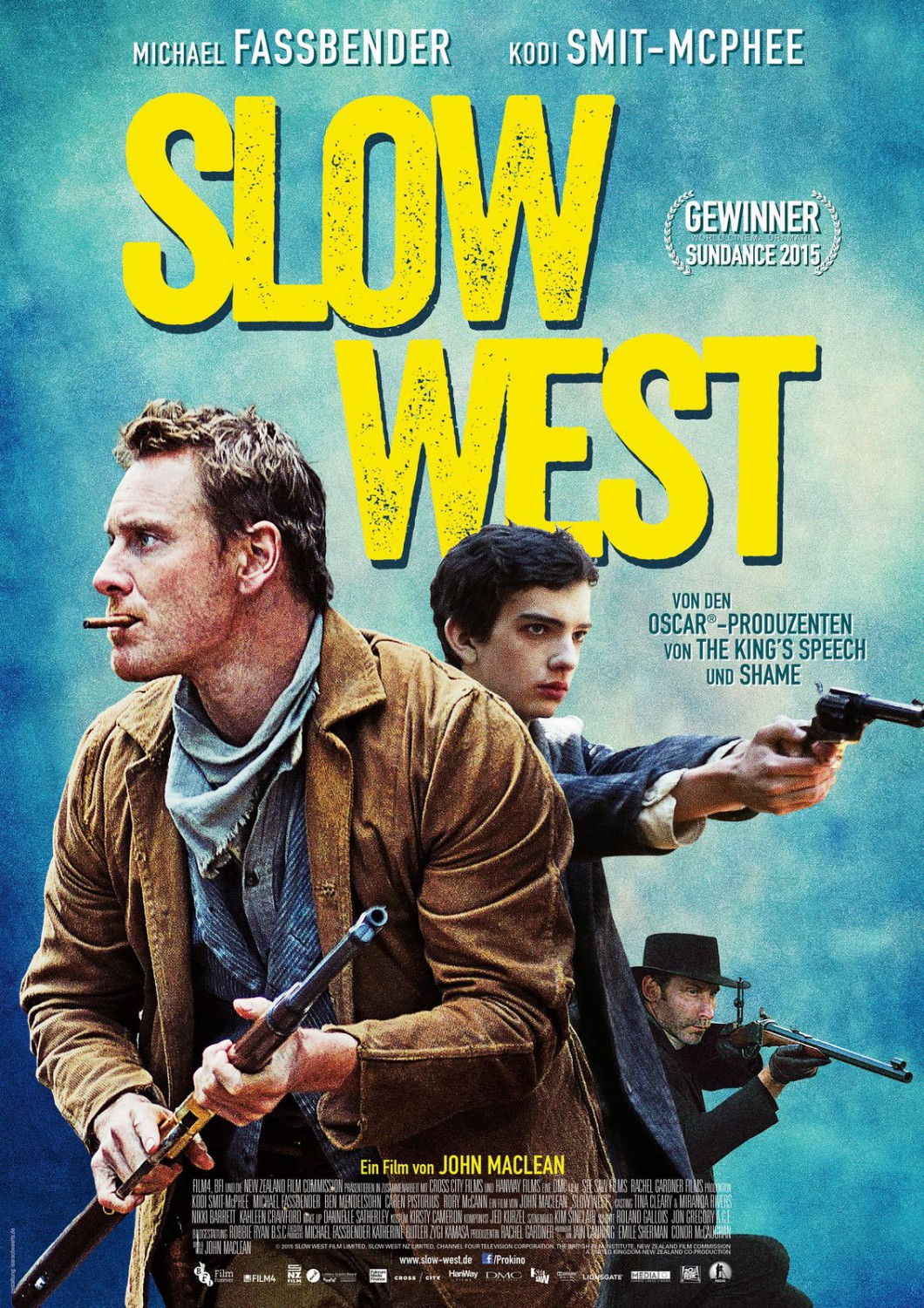 In Martin McDonagh’s 2008 film In Bruges, Colin Farrell turns to Brendon Gleeson and says, ‘Purgatory’s kind of like the in-betweeny one. You weren’t really s**t, but you weren’t all that great either. Like Tottenham.’ John Maclean’s Slow West is a Purgatory-esque new Western that doesn’t reinvent the genre, nor will it reboot it, but just like Spurs, it’s still entertaining.
Scottish filmmaker Maclean’s debut feature tells the story of sixteen year old Jay Cavendish (Kodi Smit-McPhee) as he travels west across nineteenth century Colorado in search of his one and only love Rose (Caren Pistorius), who previously left Scotland with her father. On the way he employs outlaw with a shady past Silas (Michael Fassbender) to safeguard his journey through the dangerous forests and vast open landscapes of the American West.
The history of the Western is essentially the history of movie star charisma. From Jimmy Stewart, to John Wayne, to Robert Mitchum, to Gary Cooper, to Clint Eastwood, to Henry Fonda, not forgetting a little dash of Walter Brennan here and there, the genre has always been a driving force for star quality and personality. Slow West however, is a lonely desert when it comes to charisma. As Silas, Fassbender makes no mistakes but then again he takes no risks, he doesn’t play a personality but instead a ghost, and an uninteresting one at that. But maybe he has no personality to give, which seems to be the modern trend with this recent batch of new movie actors where less is more seemingly because they have nothing more than less to give so less becomes less, i.e. Tom Hardy, Taylor Kitsch, and so on and so on. Smit-McPhee’s most notable performance to date alongside Viggo Mortensen in John Hillcoat’s The Road, is a film not to dissimilar in structure to Slow West, but whereas The Road is brutal and barbaric, Slow West is rather sophomoric in its nihilism and at times Disney in its visuals and cinematography (that is until a brilliant sequence right at the end of the picture when Maclean shows us one by one a conveyer belt of dead bodies, each framed thoughtfully and poignantly that will match anything in The Road).
Despite its flaws, the film is lean, brisk, and well-paced with a gentle but interesting rhythm. The film culminates in a well-directed shootout that’s littered with brilliant point of view shots from outlaws who hide out in picturesque cornfields, whilst before that there’s a wonderful sequence between Jay and Werner (Andrew Robertt), a nomadic writer researching Indian tribes, which stands out above everything else in the picture. Maclean also dresses the film with the odd moment of welcome surrealism with the score in particular sounding like something straight out of Jim Jarmusch’s Dead Man.

The Western genre in its most classical sense, once the most popular of genres has become in recent times nothing more than a memory. What contemporary cinema gives us instead is not the Western in terms of setting, but a Western in terms of mood and tone, No Country for Old Men for instance, is essentially a modern Western even though it’s set in the South. The problem with Slow West is, it neither feels like a classical Hollywood Western, nor a contemporary one like No Country, there’s a distant lack of authenticity (for instance, filming took place in New Zealand instead of Colorado and this shows throughout), it is a film very much in Purgatory in that sense. With a misleading title the film is neither slow nor is it really a Western, but whatever it is, it’s pretty good nonetheless.
Slow West (15)
USA/2015/84mins/15. Dir: John Maclean. With: Ben Mendelsohn, Michael Fassbender, Kodi Smit-McPhee.
At Chapter Arts Centre until July 2nd
– See more at: http://www.chapter.org/slow-west-15#sthash.dmtmc3Hy.dpuf