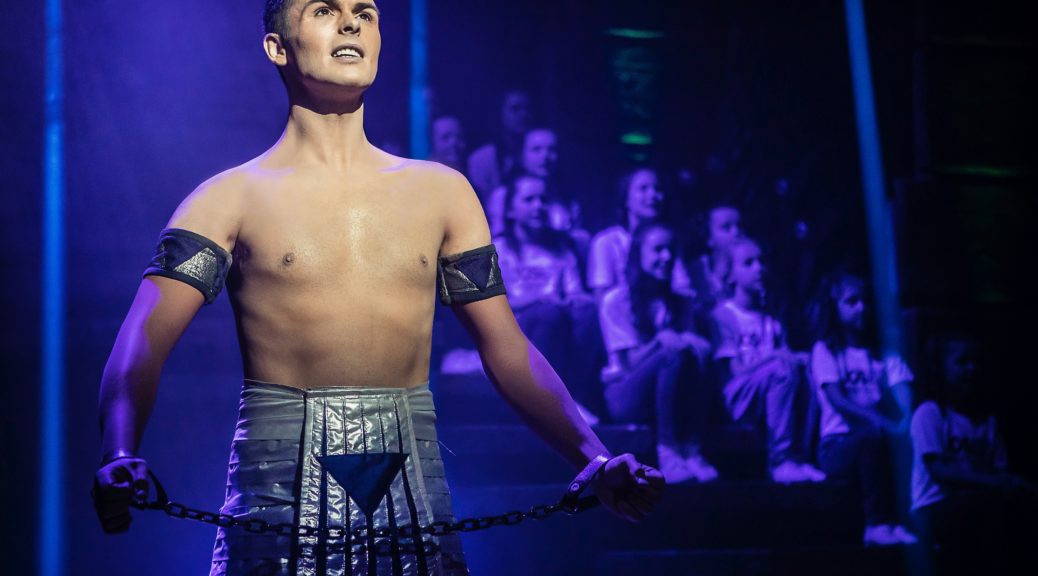 You’ll surely know the story of Joseph and the Amazing Technicolour® Dreamcoat. If not…. where’ve you been? It’s a retelling of the Biblical story of Joseph, his eleven brothers and the coat of many colours.

From its origins in the late 60s to its revival in 1991 with Jason Donovan (then Phillip Schofield), this new touring production of Joseph certainly stands the test of time. It’s been one of my favourite musicals and that was only through listening to the 1991 cast recording, over and over. So, that aside. How does this fair?

Jaymi Hensley as Joseph is certainly a little powerhouse of a vocalist which belies his pop background of XFactor and Union J.

Trina Hill as the Narrator guides the audience through with a voice of great stature for someone so diminutive, and Andrew Geater as Elvis, err, Pharaoh manages to steal the second act.

Special mention though to the other cast/ensemble as I can’t remember the previous tour in 2016 being so rounded like this, as for the children – on stage throughout both acts, just brilliant! There’s more to what you may know of Joseph and it’s certainly worth a few hours of your time seeing it on this current tour.  A perfect entry into the world of musical theatre for anyone of ages 8 – 98

I think you should not “Close every door” and just “Go go go” see Joseph! 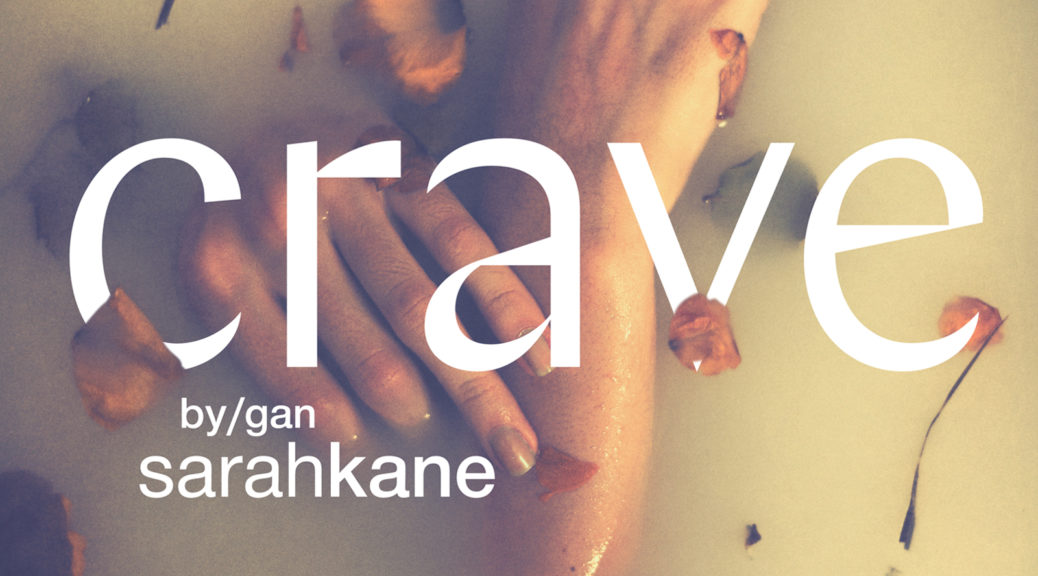 As part of the Professional Pathways Programme at The Other Room, trainee director, Samantha Jones, and trainee producer, Yasmin Williams, are presenting their showcase production, Crave by Sarah Kane.

I met up with them to chat about it before the run started which you can read HERE to find out more about the production process and the Professional Pathways Programme.

The Other Room opened in 2015 with Blasted, Sarah Kane’s first play. Fitting then that Jones and Williams chose Crave which was a turning point in Sarah Kane’s career. Both in her artistic style and her critical reception.

It’s a turning point in their own careers and Sarah Kane has always felt somewhat connected to The Other Room. A theatre that allows young artists to take bold steps, as Kane was allowed to do by The Royal Court. That is exactly what taking on Crave is for Jones and Williams. A bold statement of, “this is what we can do.”

The writing is obviously excellent, and not really up for review as such here. But it is worth saying, you won’t see many plays more real and brilliantly written than this in your life. Almost every line is crucial and despite running at 45-minutes, there are brilliant plays twice as long with half the content. It truly is a masterpiece.

That said, the script can’t do the work on its own. If the artists involved don’t rise to the challenge, the play will fail. Don’t be fooled, the script is great but not an easy one to direct or act. It won’t carry itself and is open to interpretation. With no vision, it’s just a bunch of words. Kane makes those involved work for its brilliance. She wrote Crave for directorial interpretation, to be explored and played with. This is exactly why Samantha Jones and Yasmin Williams chose it for their showcase production.

As it is, the artists involved relish and rise to the challenge brilliantly.

Samantha Jones’ direction is sublime. Close attention is paid to rhythm which highlights the script’s strengths. The tone is handled really well helping Jones control the pace, which is done beautifully.

The decision to perform in traverse is a great one, not allowing the actors anywhere to hide. Sometimes Crave is performed quite statically which really doesn’t seem to work. Jones, however, brings the play to life with excellent physicality, making the most of the small space. The playis breathing and vibrant in its direction, which compliments Crave perfectly.

All four performances are excellent. Its hard to pinpoint one as a standout as they all work well as an ensemble and stand-out as individuals. As the production is in collaboration with Royal Welsh College of Music and Drama, all four actors are second year acting students and they do their college proud in this production.

Emily John explores her character and it really feels as we get to know her throughout the play. She feels both strong and vulnerable at the same time which is really powerful.

Callum Howells brings natural charm and humour to his role. His character, A, is completely unaware of himself in a beautiful and disturbing way, depending on the context. Not distracting from the production’s dark tones, rather offering a break from it. His delivery of ‘that’ monologue is simply magnificent.

Johnna Dias-Watson feels ever-present in the production. Her care in physicality stands out and you always feel her presence because of it, and when you don’t, there’s a reason why. Playing a ‘mother’ figure, this works perfectly.

Benjamin McCann also brings some humour to the production, but his character is much more aware of himself than Howells as A. His delivery towards the end of the play is particularly good. He feels natural and I have to say I personally resonated most with him.

Zoe Brennan and Mimi Donaldson’s set design is lovely. Creating a claustrophobic feeling in the traverse set-up which allows space for the direction and acting to flourish. The lighting from Ryan Joseph Stafford is mystic and minimal, setting the mood well. Joshua Bowles’ sound design creeps through, mostly subtly, yet obvious in moments. None of the design is complicated but compliments the production allowing the play to flourish.

Crave at The Other Room is an excellent production of Sarah Kane’s masterpiece exploring what it is to love.

Ultimately, this production is very hard to put into words. I left the theatre and felt completely different for two days. Even writing now, I just don’t have the words to justify my feelings. It is a compliment to Kane’s excellent writing, but the job of Yasmin Williams and Samantha Jones is to make this play speak as loudly as it can. They have done that extremely well and deserve the credit for what they achieved with Kane’s work.