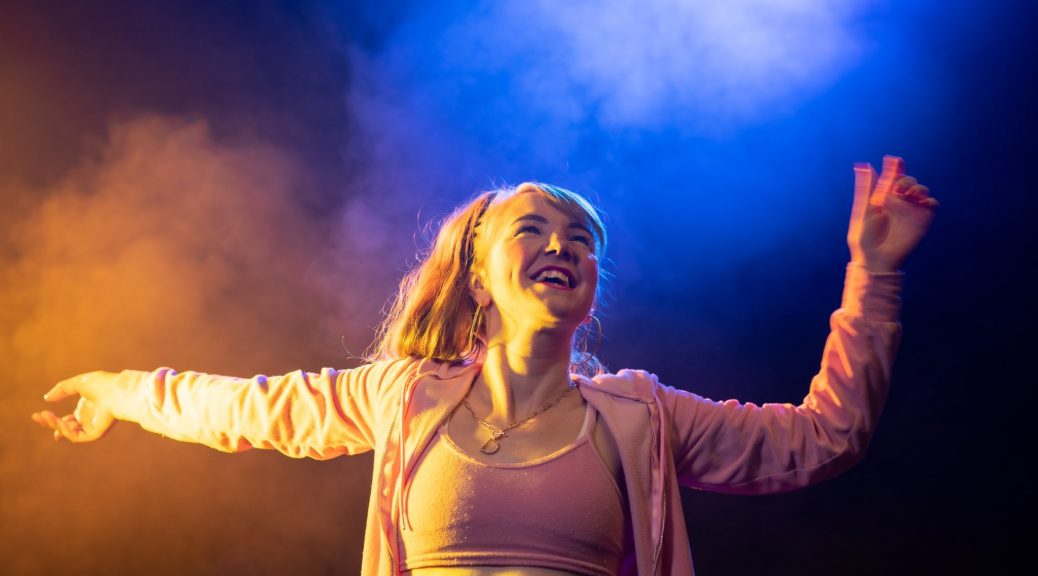 Those who don’t know me personally will not be aware but when I am not travelling the length and breadth of Cardiff discovering new pieces of theatre, I am a secondary school-level English teacher. Before becoming allocated to a certain school I had spent a few months being sent across Wales covering for teachers (across all subjects) who were absent and so I have a few years of experience of working with young learners. In my humble and potentially controversial opinion, I think that the young people of this generation are very misunderstood! Having learnt about the personal situations and personal journeys that some of my students have had to experience (including the break up of family units, losing loved ones, and dealing with violent family members among other things) at such a young age is so shocking! Now don’t get me wrong, sometimes they can be extremely disruptive and frustrating but when you think about what they have had to get through to just get to school but if I was in their shoes I don’t think I would even be able to turn up never mind sat quietly and complete all work to the best of my ability! The reason this show is so powerful is not only for it being about an all too common story for young women but also it is told by a character who you could easily bump into when walking through your local city centre!

Growing up I was lucky enough to avoid the urge of wanting to go out to a nightclub without being of the legal age. Don’t get me wrong there would be moments where I would ask friends or family to get me drinks in a bar or for a house party (which I am absolutely not encouraging) but the idea of clubbing under age was not something that particularly excited me. However, some of my friends would sometimes borrow other people’s IDs so that they could get into a nightclub which in all honesty would often make me feel uneasy. One of the many things that this one lesson production does excellently is capture the excitement young people feel before hitting the town on a night out including the sacred pre-drinks rituals that are silently passed down from generations before them. The play starts by showing Destiny as she is preparing for her first-ever night out despite being only fifteen years old. This night goes off with a bang as she feels the euphoric rush of slight intoxication mixed with the thunderous music/flashing lights as Destiny and her close friend enter Karma which is the hottest club in town! As the night progresses and the cheap drinks continue to our however this experience takes a turn for the worst as Destiny falls out with her best friend and decides to run away with a newly found lover she discovered in the club. In the passionate (and drunken) haze they decide that a car park would be the perfect place to solidify their love but are interrupted by two men who violently assault both Destiny and her partner with the former being not only physically but also sexually. As out titular character is dealing with this horrendous attack, her mother begins to become more and more distant leading to her having to move into a shared living space with a bunch of strangers and yet this continues her journey through college and still attempts to peruse her dreams!

‘Destiny’ the play is interestingly a one-person play that is entirely performed by the amazing Florence Espeut-Nickless who seems to excel under the pressure of being the only person on stage! If it was me I know that I would find the pressure of carrying an entire show extremely overwhelming but Florence did not seemed fazed in the slightest. This relatable character begins the show as an brash and extremely headstrong character but as the story progresses the audience grows to develop a massive sense of sympathy towards Destiny with everyone watching being pulled into the world being created in front of them. Florence Espeut-Nickless was able to really showcase her incredible acting abilities within this role with the West Country vernacular used by Destiny to the on-stage breakdowns perfectly captured by Florence through convincing hyperventilating and floods of tears running down her face. It sounds like a strange thing to say but this production was only an hour long but felt so good much longer but in a positive way. I had totally lost an concept of time and actually forgot that I was watching a piece of theatre that has been performed multiple times in succession. To me, the show transcends the idea of simply watching a play but instead you are watching a familiar characters unfolding in front of the audience’s eyes with a story that has become all to frequent in modern life.