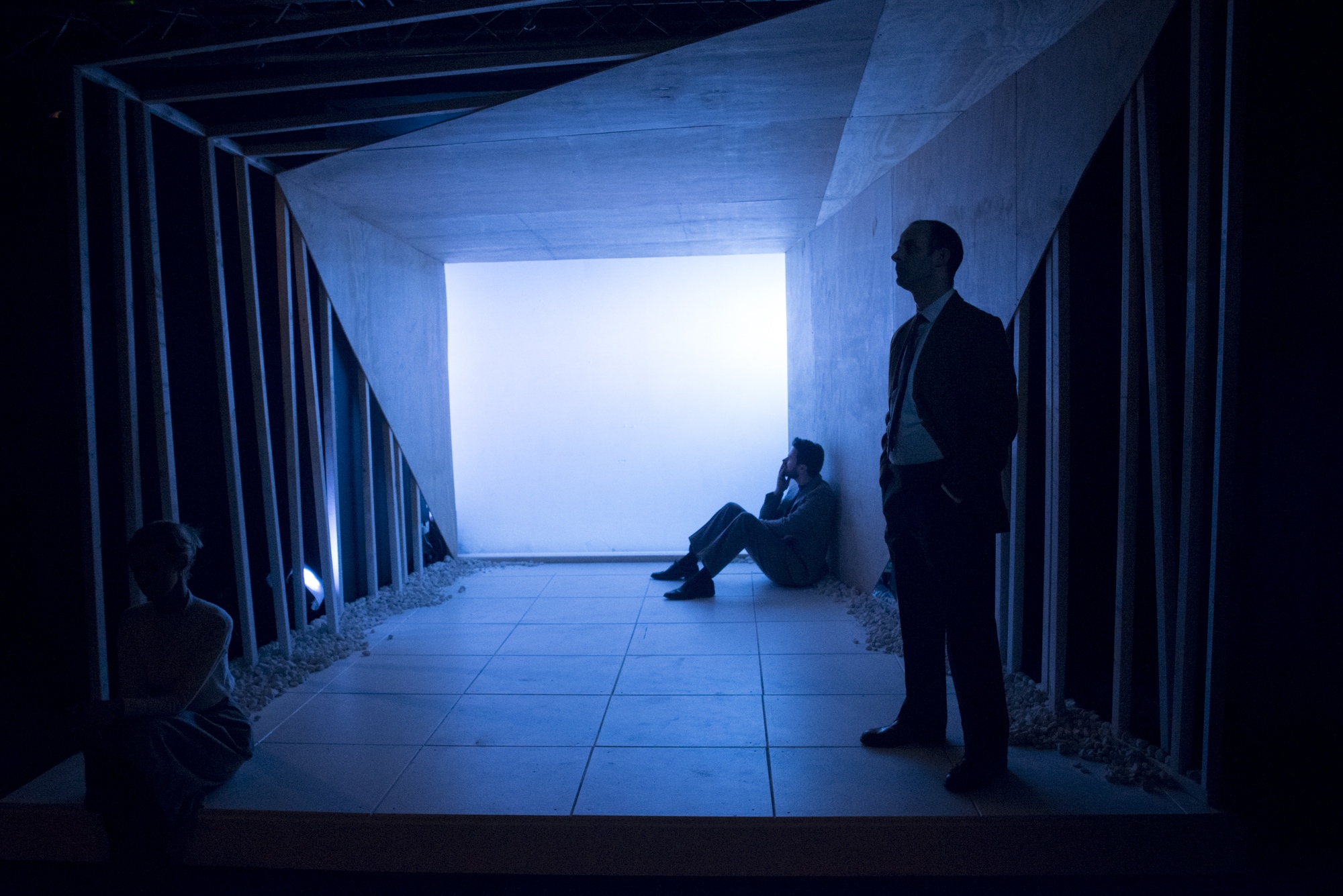 I recently went to The Other Room Theatre based in Porter’s, Cardiff to see Play by Samuel Beckett and Silence by Harold Pinter, a breathtaking double-bill. The venue itself was very quirky, it almost felt like a step back in time to a medieval era yet it still felt modern and kind of had a tumblr aspect. The venue felt very exclusive with The Other Room being like a secret part of Porter’s.

As soon as you enter the auditorium the scene is set with a dark, eerie atmosphere with the room slowly filling with a haunting smoke. There was also some darkly enchanting music by composition and sound designer Dyfan Jones to set the mood for the show to commence. The show itself was a simple setup as you can see in the image below.

It was fast-paced and I found it very immersive. As simple as the setup was it was very effective. It had a humorous tone to it which lightened the tone just enough. The play had slight repetition to it which can almost make you question your own state of mind and definitely made you stop and think.

This was for sure my favourite of the two, with it taking a more traditional stage presence with the actors being free to move among the stage. When you walk in the setting is much brighter than that of the previous play, yet it still leaves a mysterious and almost gloomy effect for the audience, leaving you anticipating what’s to come in the following performance.

The production itself was minimalistic and the majority of the dialogue was a single narrative which made it feel as though the character was speaking directly to you, making you feel like part of the scene. When the characters did interact with each other their dialogue and movements on stage flowed into doing so with a seamless elegance. I found that the play had the effect of a calming plea of insanity and love and was executed beautifully.